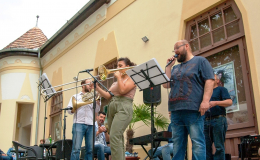 Gordanov Bluz Gheto from Subotica is a gathering of top musicians and friends who guard the flames of Jazz, Blues and Soul and selflessly share it with all people of good will and refined musical taste. 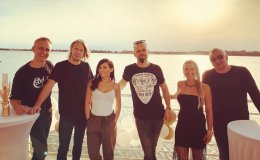 Perpetuum Mobile has been established in 1998, performing exclusively foreign mainstream music. The repertoire includes compositions from the eighties to the latest hits. The band released the author's album "Ft." for Exit-Lable, had two compositions on MTV and other charts, was a opener for CLO Green and Robbie Williams. 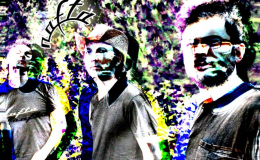 NAFTA is an alternative / rock band led by Bane S. Vukosavljević, singer, songwriter and guitarist of the legendary band Džukele. The sound and musical orientation could be described as a somewhat more alternative rock compared to the aforementioned band with psychedelic admixtures and (non) urban new age poetics. Of course, punkrock and rock`n`roll roots are not absent this time either. The band was formed in 2004 as a natural reaction to the eternal need for communication in some higher spheres and an opportunity for artistic expression. Furious live performances are what NAFTA loves to provide. They have been adding to their set list lately several older songs from the repertoire of the group Džukele (Most, Energija, A man in a gold suit, etc.) 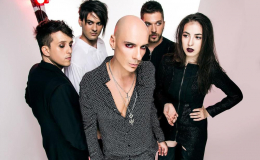 The band Gift gained a reputation as a club attraction by the fact that it has always been more than a cover band - popular hits of the eighties interpreted by frontman Joca Ajkula sound exciting as you listening to them for the first time, and its eccentric stage performance is worthy of world rock stars. 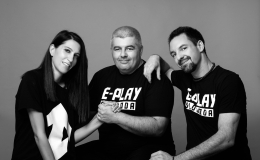 The band was formed in 1997, initially having several lineup changes before the lineup consisting of Biljana Todorovski (guitar, vocals), Maja Cvetković (bass guitar, vocals) and Jarboli member Nemanja Aćimović (drums) became the default one. The band also had a semi-official band member Sonja Lončar who played an analogue synthesizer until permanently leaving the band in 2002. With a unique musical style influenced by a diverse range of genres, and having a majority of female band members, E-Play quickly got the public's attention, establishing themselves on the Serbian alternative rock scene. As the winners of the 2000 Urban Demo festival, the band got the opportunity to release their eponymous debut album, produced by Goran Živković. Beside the material, featuring the song lyrics written in both Serbian and English language, the band recorded a cover version of the Monteniggers track "Pop". The album was promoted by several music videos, for the song "Zašto?" ("Why"), directed by Milorad Milinković, "Pop", "Prvi pogled tvoj" ("Your First Glance") and "Better Than You".[1] The following year, the band performed at the Novi Sad Exit festival, and performed as an opening act for Asian Dub Foundation. The band also appeared on the movie soundtrack for the Raša Andrić's movie Munje! (Thunderbirds!) with the song "Prvi pogled tvoj" ("Your First Look"), later performing on the movie promotion held in Sava Centar and Belgrade's Republic Square. Director Milan Kilibarda directed a documentary about the band entitled Video dnevnik (Video Journal).