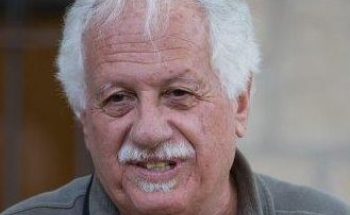 Katriel Schory is a Producer and Senior Consultant at Int’l Co-Productions. He studied at the NYU Film School. From 1974 to1999 he was founder and managing director of BELFILMS where he produced over 150 films and television programs. From 1999 to 2019 he was the executive director of the Israel Film Fund where he authorized the production and the promotion of more than 300 full length feature films, in Israel and worldwide. Many of the films won prestigious awards, including 4 Oscar nominations; Golden & Silver Lions in Venice and Bears in Berlin. He rceived the Chevalier de l'ordre des Arts et des Lettres, Berlinale Camera for outstanding contribution to the film industry, Telluride Film Festival-Special Medallion and the Variety Award for creative impact. 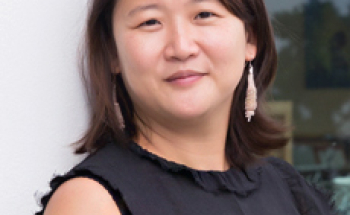 Lorna Tee is a film producer, programmer and curator, dividing her time between Asia and Europe. She has worked with Focus Films (Hong Kong), Variety (USA), Irresistible Films (Hong Kong/ Japan), and also film festivals such as Berlinale, CinemAsia Film Festival and others. She was the co-founder and Head of Festival Management for the International Film Festival & Awards Macao until 2020. Selected filmography includes The Beautiful Washing Machine, Rain Dogs, Crazy Stone, My Mother is a Bellydancer, The Shoe Fairy, At the End of Daybreak, Lover’s Discourse, Come Rain, Come Shine, Postcards from the Zoo and Mrs K. She is producing with her Malaysian production company Paperheart, and with Amsterdam-based company An Original Picture, primarily focusing on film and television productions for an international audience. She mentors and lectures with film training programmes/ labs, primarily with emerging filmmakers, plus supports various international film institutions and film funds in multiple capacities. She is currently the year-round programming consultant for Cinematheque Passion in Macao and the curator of an incubation development lab for Malaysian filmmakers. 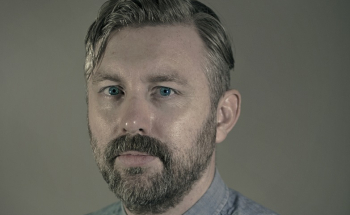 M J McMahon is a Producer. Starting in 2001 for a ten year period M J McMahon worked for M2 Television and Molinare. During this time he worked on a wide selection of TV productions and feature films, culminating as a Film Executive on the Oscar winning The King's Speech. In 2011 M J McMahon co-founded the London based production company Capture. Through their Film Division he produced The Man from Mo'Wax - the official documentary on underground DJ James Lavelle and DJ Shadow, this world premiered at SXSW and was officially selected for MIFF, IDFA and LFF. He is presently serving as an Executive Producer on the forthcoming sci-fi feature film T.I.M. written and directed by Spencer Brown due for release in 2023. Capture’s is one of several production companies working with the Mandela Foundation on the official documentary on Nelson Mandela’s life directed by Kweku Mandela and Kemal Akhtar. For Capture, M J McMahon has produced several multi-award winning short films including Killing Thyme starring Brian Cox. This won the Audience Award for Best Narrative Short Film at the Austin Film Festival making a tally of over fifty wins, nominations and official selections for Capture’s films at festivals around the world. 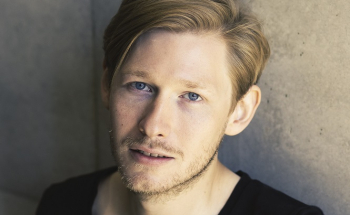 Joshua Jádi is a German-Hungarian filmmaker and programmer. He is the Assistant Program Director of Cottbus Film Festival and studies Film Directing & Screenwriting at the Vienna Film Academy in the classes of Jessica Hausner and Götz Spielmann. His short films have been screened and awarded at film festivals internationally. 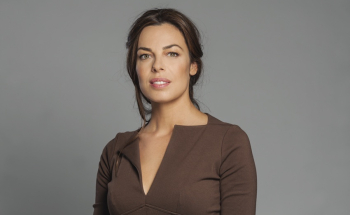 Katarina Radivojević is a Serbian award-winning actress with a film, theater and television career. She was born in 1979. in Belgrade, where she also received her master's degree from the Faculty of Drama Arts in the class of professor Predrag Bajčetić. She started her career as an eleven-year-old girl in the film The Policeman From Petlovo Brdo in 1991. Her career continued almost a decade later, in 2001, with the main role in The Labyrinth by Miroslav Lekić. Follows the main role in Zona Zamfirova by Zdravko Šotra, the most watched Serbian film of all time. For this, in 2003 she won the FIPRESCI award for the best female lead role. She played one of the main roles in Uroš Stojanović's film Charleston for Ognjenka, where, together with Luc Besson, Katarina was signed as a co-producer. Follow roles in The Robbery of the Third Reich by Zdravko Šotra (2004), S.O.S. Save Our Souls by Slobodan Šijan (2005), in the film Morphium by Russian director Alexei Balabanov (2008), then in the TV series Love and Hate (2007-2008), All That Plain (2009), Croatian series The Best Years (2009-2011), Russian TV series Victoria on the First Channel (2012) TV series Emergency Center (2014), Killers of My Father (2016, 2017). As an actress, Katarina Radivojević is also active in theaters. She played roles in theaters in Serbia and on the New York scenes. In 2013, she was a permanent member of the jury of the TV show Your Face Sounds Familiar, and in 2018 she was on the jury for the National Film at the 46th FEST. 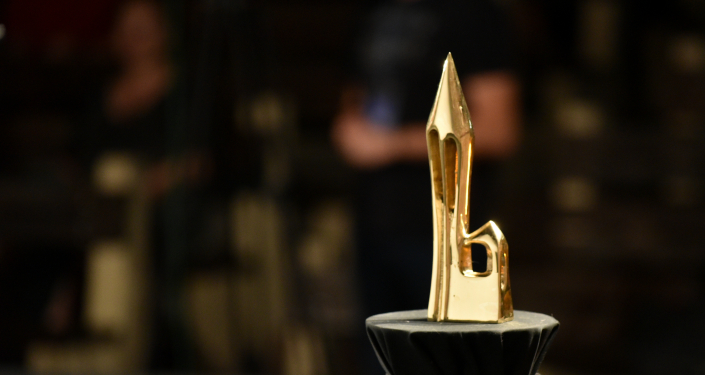 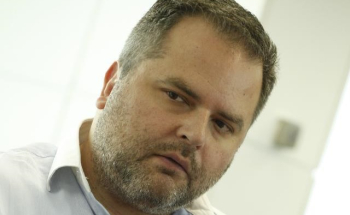 Martin Milinković is a long-time film and music professional who in the last three decades has marketed and distributed over 500 films in cinema distribution in the region. Representing domestic, European and Hollywood producers such as Fox, Disney and Sony Pictures, he achieved record results in viewership and popularization of film art. He actively participated in the organization, jury and moderation of a dozen of film festivals from Pula to San Sebastian. He occasionally teaches media culture as a guest lecturer, and is a regular columnist for the most read portal in the region, in the field of film, music and television, Index.hr. Recently, he has been engaged in pst production and adaptation into local European languages, TV content of major streaming services such as Disney + and Netflix. 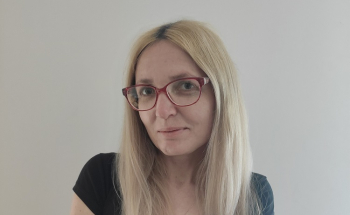 Nataliia Serebriakova is a film critic who writes for Korydor.in.ua, Delfi.lv and Cineuropa.org She was the editor of kinoart.ru (website of magazine Iskusstvo kino) from 2014 to 2016. In 2018 she was Curator of Kyiv Critic`s Week. Since 2018 she is a member of Ukrainian Film Critics Union, and in 2022 she acts as a program manager of Scanorama Film Festival. Also, in 2022 she became a member of film criticism seminar at Institute National d`Historie de l`Art, and programmer of Ukrainian Days at La Cinematheque Francaise. 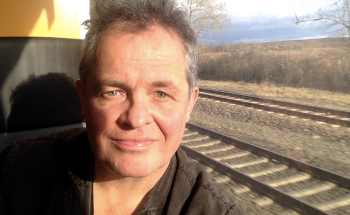 Wolfgang Martin Hamdorf has been a culture and film journalist for german and spanish print, online and radio since 1992. (Deutschlandradio, RBB, Filmdienst, Ajoblanco, Dirigido por, Archivos etc.) He’s a member of the International Film Critics Federation FIPRESCI, Spanish Association of Film Historians (AEHC) and he colaborates with the spanisch cultural center Instituto Cervantes and the German Goethe Institut. He also moderates film talks and press conferences at the Berlinale Forum, the Jewish Film Festival Berlin, Brandenburg and the Cottbus Film Festival. 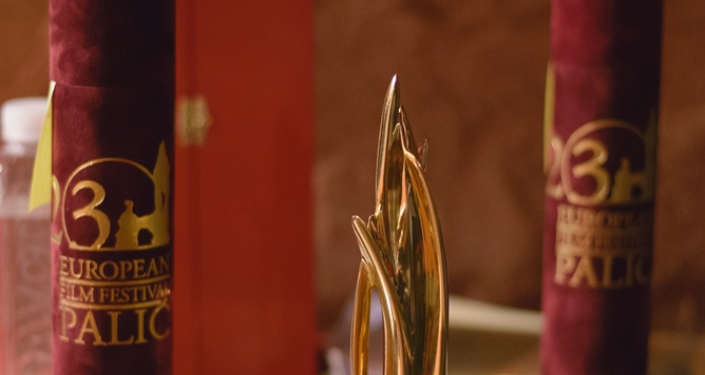 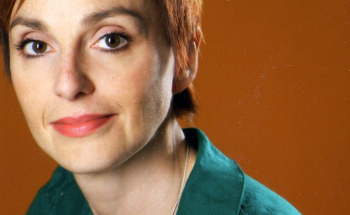 Ingrid Beerbaum worked after her graduation from university in different fields of cultural journalism for radio, TV and newspapers in Berlin. Specialised in cinema, she now mostly works as a film critic for several online magazines and as moderator at several film festivals in Germany. Her special focus are documentaries and the Eastern European cinema, in general. She also is a regular visitor of festivals and served in many juries, such as Berlin International Film Festival (Berlinale), Cottbus International Film Festival or Krakow Film Festival. Besides that, she is the programmer of the juried Documentary Competition of Oscar-qualifying “interfilm - International Short Film Festival” in Berlin. 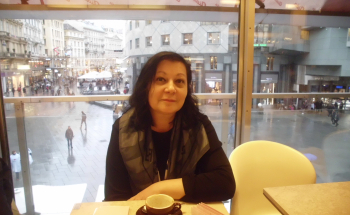 Sunchica Unevska is a journalist and film critic, who has worked in many media from 1989 until today, covering all current topics in culture, as well as social issues, starting with the daily newspaper “Republika”, where she worked in the Cultural section, then in the agency “Makpress”, then as a journalist-freelancer in the political weekly “Pulse”. In the early 1990s, she began writing for the film theory, history and culture magazine “Kinopis”, then for the “Cultural Life”, magazine for culture, arts, film and social affairs, for the “Macedonian Review” a magazine for history, culture and literature, as well as for the electronic magazine “Flash”.

From 1999 to 2016 she worked for the daily newspaper “Utrinski Vesnik”, with a huge number of interviews with domestic and foreign authors, and film and theater reviews and regularly reports from major film festivals around the world, including the largest, Venice, Cannes and Berlin. As a longtime representative of North Macedonia in the International Association of Film Critics “Fipresci”, she has participated in several international film festival juries around the world, including: Bratislava, Cairo, Motovun, Valladolid, Istanbul, Sofia, Tallinn, Berlin, Vienna and others.

Since 2015 she has published four books dedicated to the film and since 2016, she is the founder and editor of the first and only monthly film magazine in Macedonia, FILM PLUS (FILM+). 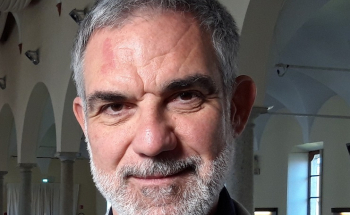 Michele Sancisi was born near Rimini in 1963, and graduated in Literature with specialization in entertainment. He started his career in the eighties at Santarcangelo Theatre Festival. He moved to Milan where he worked at the press office of Piccolo Teatro, and wrote for the magazine "Spettacoli a Milano". Since 1992 he has joined the company Tele+, first TV about cinema in Italy, which became Sky Italy in 2003, working as a journalist and author on several TV programs about cinema and show business.

He is a member of SNCCI (National Union of Italian Film Critics), he has written for several newspapers and magazines ("Il Messaggero"; "Jam"; "FilmTV") and was director of "Bealux". Sancisi has been a consultant to the Municipality of Milan for cultural activities, organizing film events and exhibitions. So far, he has been member of several juries in Italy and Europe, and he's programmer for "Visioni dal Mondo" Doc Festival in Milan.

The International Federation of Film Critics FIPRESCI (Federation Internationale de la Presse Cinematografique) was founded in 1930 in Paris. Today, FIPRESCI is the largest and most important association of film critics and journalists in the world. The FIPRESCI jury will evaluate films from the Official Selection program at the Palić European Film Festival.